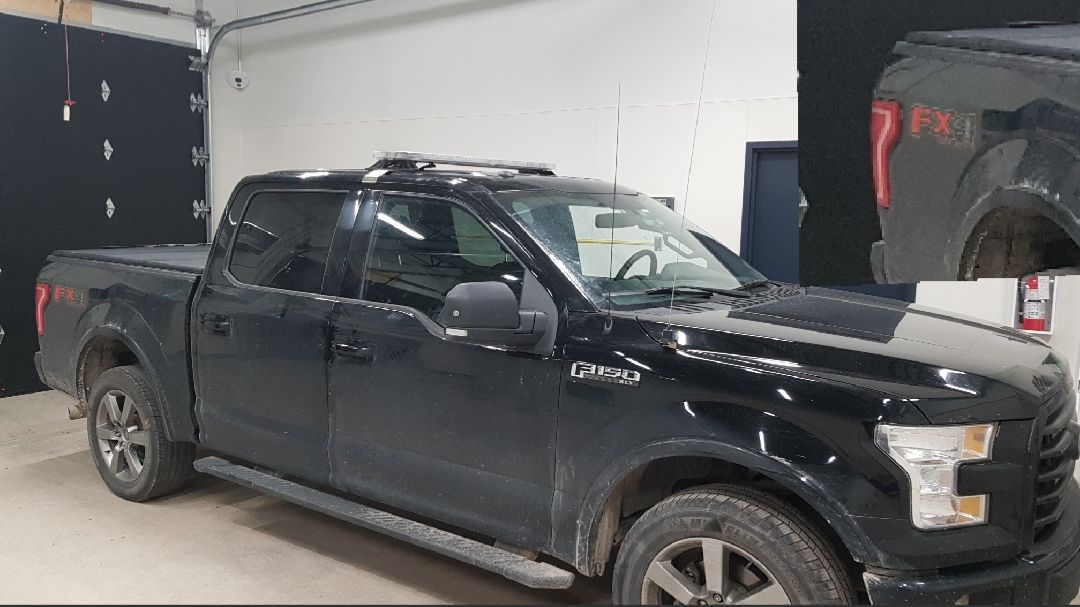 On May 5th a member of the Saugeen Shores Police Service was on general patrol when they observed a black 2016 Ford F150 pick up truck outfitted with police lights package.

A vehicle stop was conducted on Concession 4 and a male was taken into custody without incident.

Located inside of the vehicle was a police speaker, microphone and radio.

Investigators suspect that the male has used this vehicle to make false vehicle stops on persons in South Western Ontario.  Police are requesting any person, who suspects they had contact with this vehicle, to report the incident to the Saugeen Shores Police or their local service. This Ford F150 had distinguishing factory “FX4” decals on the box of the truck.

If you are pulled over by a police officer and have concerns as to their legitimacy, you may:

A 38 year old Seaforth man has been charged with personating a police officer. He was released with a court date.

This occurrence is still under investigation.